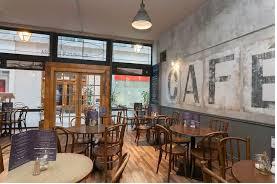 We had another really enjoyable meeting this month. Eleven of us went along to Cafe Arcadia for the last coffee and chat of 2015. Celim, the manager, made us all feel very welcome again.

We were delighted to welcome another new member to our group as well welcoming back a couple of our longer-term members, who’d been unable to attend for a few months.

Date cards for 2016 were given out to everyone who came.

We look forward to meeting there again next year, on the third Thursday in February.

We continued to try out our new evening meet up group for people with lupus who would like to come for support, but are unable to get to the morning Coffee and Chat because they work during the day.

We had our second evening meeting on Tuesday, 17th November 2015, which went well (despite terrible weather) and allowed a member who had been unable to attend our Friday daytime coffee and chat due to work, to meet up. We’re planning to hold another at 6.30pm at The Earth and Stars pub in February 2016, after our Christmas break.

Many people, but not all, with Lupus also have a condition called Antiphospholipid (APS) or Hughes syndrome in which the blood clots more easily and can therefore cause vascular thromboses. One of the main treatments is to take daily Warfarin (Coumadin) tablets.

First, you should know that your liver uses vitamin K to make blood clotting proteins. In doing so, vitamin K plays a role in your body’s natural clotting process. Vitamin K is contained largely in leafy green vegetables but also in other foods in varying amounts. Warfarin destroys Vitamin K, thus reducing the rate at which the blood clots ie the coagulation rate. So, eating a lot of foods containing Vitamin K, clotting time is increased. The aim of anticoagulation is to slow down clotting time but not to cut out those healthy foods. It is really a balancing act to get the right dose of Warfarin.

Scientists have come up with an internationally accepted way of measuring the rate at which the blood clots. This is called the INR (the international normalised ratio) and for people with lupus this measurement is usually set at around 3 although some consultants will argue that it should be higher, 3-4. This will be monitored at a community or hospital anticoagulation clinic where a sample of blood can be taken from a finger prick (capillary blood) or from a vein (venous blood).

It is, however, becoming more common for people to have their own machine and carry out self monitoring thus visiting the clinic less frequently. This means that one can go away for longer periods, keep a check on the INR and have peace of mind.

It is useful to note that Antiphospholipid antibodies and Lupus antibodies may cause false-high INR values and so clinics may wish to compare the capillary samples with a venous samples, which will be more accurate.

Getting used to being on Warfarin

It can be quite alarming initially to be told that you have to take Warfarin but like all the other hassles we have to go through with Lupus, in time, one gets used to it and accepts that it is preventing possible problems in the future. 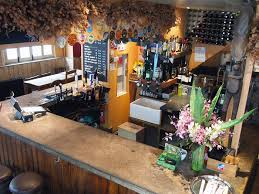 We are trying out a new evening meet up group for people with lupus who would like to come for support, but are unable to get to the morning Coffee and Chat because they work during the day.

We had our first evening meeting on Tuesday, 6th October 2015, which went very well and allowed a couple of people who had been unable to attend or group, until now, to meet up. We’re planning to hold another at 6.30pm at The Earth and Stars pub on Tuesday 17th November 2015. All our members, new and old, evening and daytime are welcome to come along!

Many of us are taking or are interested in herbal supplements that may have a positive effect on the immune system, but are you aware of the Traditional Herbal Registration scheme?

In an episode of “Trust Me I’m a Doctor”, broadcast in August, the show did research with University College London School of Pharmacy to test a range of herbal supplements to find out what they contained. The results were shocking, for example, in the Ginkgo supplements that were tested 8 out of 30 contained no Ginkgo at all! They found similar results too, when they tested Milk Thistle products.

The THR scheme was introduced to regulate herbal medicines. The THR mark means the herbal product has been used traditionally for at least 30 years and been assessed by various scientifically qualified individuals. It also shows that the company complies with certain good manufacturing specifications. The scheme provides some assurance that you are getting a good quality product and also ensures that more reliable advice is given on how to use it, including any interactions it may have with other drugs.

In every THR product tested, the supplement did contain what it claimed.

If you want to read more about this and watch the article, follow this link- Trust Me I’m a Doctor.

Many of us with lupus find the colder months particularly challenging, with the cold affecting our joints, muscles and circulation. This is particularly bad if you also suffer from Reynaud’s Syndrome.

If you haven’t discovered them already- Hand Warmers can help to keep your hands (and feet!) warm when you’re out and about. You just shake or rub them to activate them and they give off up to 8 hours of heat. They can be bought from Tescos (6 pairs= £4.00). Poundworld or 99p stores (sold as Heat Relief Patches- in packs of 4 for a £1). They contain non-toxic, environmentally safe, odourless, incombustible ingredients so you don’t need to worry about accidentally puncturing one, it leaking or having one burst into flames! The heat occurs due to an exothermic reaction – caused by the iron in them rusting. We advise you to follow the manufacturer’s instructions when using them.

If you’re at home wheat bags can also help, but don’t use them in bed & follow the heating instructions carefully (there’s been a couple of cases of overheated wheat bags catching fire). Be very wary of using any that come without instructions. The Heat Pack (fleece covered wheat bag) is £2.99 from Superdrug,

Some of our members have also found electric blankets help their joints in the winter. Argos do a range from £15 upwards. A smaller heat pad like the Beurer HK35 Electronic Heat Pad (£24.45) can also help to ease aches and pains.

Or you could just try a good old fashioned hot water bottle. Although do be careful if you suffer from chilblains as warming up cold hands or feet too quickly can result in chilblains, as capillaries can swell and break producing painful blisters. It’s best to avoid rapid changes in temperature when going from cold to hot and Handwarmers can be used to prevent your hands/feet getting cold when out and about in the winter months.

If you do get chilblains this winter, one of members recommends this remedy: mix ginger juice with aloe vera gel and apply. 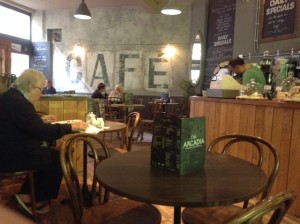 Despite the weather turning colder, we had a really good meeting this month. Eleven of us went along to try out our new venue- Cafe Arcadia, which is located in Imperial arcade (just off Western Road), opposite Churchill square. The cafe manger- Celim, had very kindly reserved some tables for our group and did his best to make us all feel welcome.

There was a good selection of drinks and snacks and a couple of us stayed on to have some lunch after the meeting. The food and drinks were both very good and we found that many drinks were cheaper than they were at our previous venue. It was also convenient for most of us to get to with many buses stopping just outside the arcade.

We look forward to meeting there again in November.

Diet is something most of us with Lupus SLE are interested in. Can food can have had an impact on our immune systems- good or bad?

L-tryptophan is an amino acid dietary supplement that can help aid sleep and depression, but it was withdrawn from the market in 1989 in the USA when it was linked to an outbreak of eosinophilia-myalgia an autoimmune disorder. The ban was eventually lifted in 2005 and seemed to be due to a particular source of L-Tryptophan and in some patients it was found that they metabolized the drug in a different way and this triggered a dramatic autoimmune response.

Another amino acid L-canavanine is found in all legumes (beans and peas etc), but is highly concentrated in alfalfa spouts and testing has shown that it is capable of provoking an autoimmune response similar to lupus, so it is recommended that lupus SLE patients avoid alfalfa sprouts (especially alfalfa seed products) and limit legumes in their diet.

Other immune stimulating supplements like echinacea or gingko that help the body to fight of illness and infection should be used with care in people with lupus SLE.

If you happen to be shopping in Waitrose on Western Road, you can support Lupus Brighton and Hove support group by putting green tokens in their Community Matters box. We’ll receive a proportion of their £1000 fund based on the percentage of tokens we receive. This starts from Sunday, 27th September 2015 & runs for month until Saturday 31st October 2015.

Please tell your friends and family too (that live in the Brighton and Hove area)- What better way to raise awareness of Lupus during October, which is after all – Lupus awareness Month!

Sometimes we’re contacted by people with lupus who would like to come to our group, but are unable to come along because they work during the day (or find Friday morning’s difficult for other reasons).

So on Tuesday, 6th October 2015 at 6.30pm we’ll be trialling a Lupus Brighton and Hove evening drop-in session at The Earth and Stars pub. All our members new and old are welcome!

Please see our Events page for map and location details for the Earth and Stars pub.