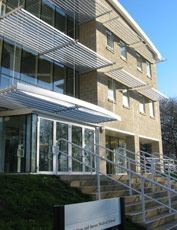 On Friday 6th December, we had a very interesting talk by Professor Davies on “Lupus and the Brain”. It was held in the meeting room of the Medical Teaching building at Brighton and Sussex Medical School which is on the Falmer campus. The staff there very kindly provided us with teas, coffees and biscuits for this event. We’d like to thank Lisa Costick for organising the room and refreshments for this event and Professor Davies for very kindly giving up his time, to do this talk for us.

The talk generated a lot of interest within the group and was well attended by fourteen of our members, with about four others who would have come, but for illness or prior engagements.

We all found this talk very informative and we learnt much about the different ways in which SLE can affect the brain and how hard it can be for doctors to know if symptoms such as depression, confusion and fatigue are caused by SLE itself or a result of living with a chronic disease.

In the talk we heard what the medical profession knows about lupus SLE:

and what they don’t know:

Lupus brain patients don’t generally do as well as other SLE patients. It can affect the nervous system-both central (brain and spinal cord) and peripheral eg. the rest nerves stop working and patients get symptoms like tingling.

SLE can affect people in the following ways:

The difficulty with SLE affecting the brain is knowing if the symptoms are caused by lupus or if it is the result of living with a chronic disease i.e. headaches and depression can be expected if you have to live with lupus, but may not necessarily be caused by it.

There are no diagnostic tests to see if functional disorders are caused by lupus or by “chronic illness” behaviour. There is also a lack of psychiatric training among Rheumatologists and Neurologists, as well as time constraints on their appointments.

Flares in lupus can often go with depression, fatigue, althralgia, psychotic depression and suicidal ideation and there can be a temptation to increase the patient’s drugs. Whilst inflammatory markers in the blood, help with other organs, they don’t with the brain and an MRI wouldn’t really tell us either. So we can’t be sure if the change in symptoms is due to lupus or not. It’s therefore best to try to take a more conservative approach with medication and not alter it too quickly.

In the end it doesn’t really matter if functional disorders are caused by lupus or as a result of living with lupus , the treatment will be the same for these symptoms i.e. antidepressants and therapies like CBT.

How does SLE affect the brain?

Diagnosing brain involvement in SLE is done by:

The NMDA receptor in the brain plays an essential role in brain plasticity, that is, the ability of the brain to change in response to external stimuli, such as during learning and memory. People with “Anti-DMA receptor encephalitis” (a very rare autoimmune disease- nothing to do with lupus) make anti-bodies to this receptor which causes neurological and phsychiatric problems. These anti-bodies get through the blood brain barrier, but it is not known exactly how. It is suspected that this is due to the effects of inflammation on the central nervous system.

Studies of mice who are prone to lupus have also been shown (when injected with antibodies triggering a flare ) to have their nervous system affected and their blood brain barrier was found to have increased permeability to tracer molecules.

The real  burden of Nephrotic Syndrome in SLE and the damage it may cause to organs besides the kidneys, remains poorly qualified. Attribution is key to understanding better how SLE  affects the brain. Developing NMDA biology in the future will also help us to develop a better understanding.